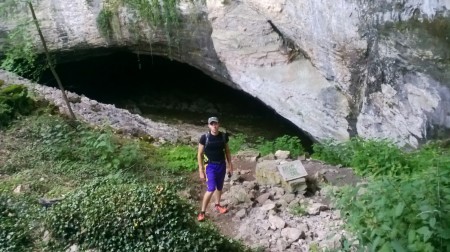 The Route of the Mirapallars Hill and the Ice Cave shows two of the most iconic Montsec area of ​​Rubies. In one side the Mirapallars Hill, mountain reaches 1.672 meters and is located between the towns of Vilanova Meià (La Noguera) and Gavet de la Conca (Pallars Jussà). From this hill you can see the highest peaks of Catalonia and, therefore, see with our own incredible panoramic views!

In the other side, the Ice Cave, which owes its name to the fact that in winter it appears into the cave until late spring. Everything indicates that the cave was used to live in Neolithic times, as have many findings of pottery. More later, was also shelter a squad of resistance fighters, and currently people practice caving on it. Inside, we have identified two very particular species, one animal and another vegetable, explained during the route. In addition, at this point, for those who wish, we will drop the cave. That is abseiling!

Highly recommended using binoculars or carry the machine photos to take pictures of the spectacular views you see!

* Insurance included in the price.